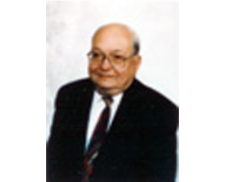 Joseph F. Orso Jr., a 52 year member of the Lycoming Law Association, died on January 21, 2014. A memorial service was conducted by the Lycoming County Court of Common Pleas on May 9, 2014.

Memorial resolutions were presented to the assembled family, friends and collegues:

IN THE MATTER OF THE DEATH OF JOSEPH F. ORSO, JR., ESQUIRE

RESOLUTIONS OF THE COMMITTEE

NOW, THEREFORE, BE IT RESOLVED that we, the undersigned, joined in by the Lycoming County Bar, do hereby recognize and continue to mourn the passing of Joseph F. Orso, Jr. and remember him as unique gentleman who was honored and respected by all who had the privilege to be a part of his life.

BE IT RESOLVED FURTHER, that this Court and this Bar do hereby extend to Joe Orso Jr.’s surviving family our deep and heartfelt expression of sympathy.

AND BE IT RESOLVED FINALLY that these Resolutions be spread at length upon the records of the Court of Common Pleas of Lycoming Count, that they be published in the Lycoming Reporter and distributed to members of Joe’s family.

AND NOW, this 9th day of May, 2014, in consideration of the Resolutions presented by the Committee appointed to prepare resolutions memorializing the life of Joseph F. Orso, Jr., it is hereby ORDERED and DECREED that the Resolutions herewith submitted and attached be adopted as an official expression of the Lycoming County Bar and this Court; that the same be spread upon the records of the Court; and that copies of this Resolution be distributed to members of the family of Joseph F. Orso, Jr. and it is further ORDERED and DECREED that the Resolutions be printed in the Lycoming Reporter.