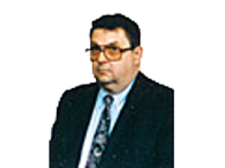 On the 9th day of February, 2018 the Honorable Nancy L. Butts, President Judge of the 29th Judicial District of the Commonwealth of Pennsylvania, appointed the undersigned Committee to prepare a Report and Resolutions memorializing the life of Ralph W. “Pat” Thorne for submission to the Court at a public ceremony on March 12, 2018 at 4:00pm.

Accordingly, your Committee respectfully submits the following Report and Resolutions:

NOW THEREFORE BE IT RESOLVED that we, the undersigned Committee appointed by this Court, joined in by the Lycoming County Bar, do hereby recognize the passing of Ralph W. Thorne, Esquire, and in his death we remember his many contributions to the citizens of Lycoming County and to this Bar.

RESOLVED FURTHER that these Resolutions and statements be spread at length, upon the Minutes of Your Honorable Court with copies sent to Ralph W. Thone’s widow, children and grandchildren and be published in the Lycoming Reporter.

RESOLVED FINALLY that this Court and the Lycoming Bar extend to Ralph W. Thorne’s widow, children and grandchildren and our deep heartfelt expression of sympathy.