John Pietrovito to serve on PBA Board of Governors 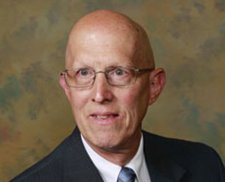 John P. Pietrovito of Muncy, an associate in the Office of J. Howard Langdon, began a three-year term on the Pennsylvania Bar Association Board of Governors at the conclusion of the association’s May 8 House of Delegates meeting.

One of 12 zone governors who serve on the PBA Board of Governors, Pietrovito represents Columbia, Lycoming, Montour, Northumberland, Snyder, Tioga and Union county lawyers.

Pietrovito is a past president of the Lycoming Law Association and is the current chair of its Continuing Legal Education Committee and the Legal Services for the Indigent Committee.

In addition, Pietrovito is a member of the Charles F. Greevy Jr. American Inn of Court.

He previously served as a member of the North Penn Legal Services Board of Directors.

Founded in 1895, the Pennsylvania Bar Association strives to promote justice, professional excellence and respect for the law; improve public understanding of the legal system; facilitate access of legal services; and serve the lawyer members of the state’s largest organized bar association.