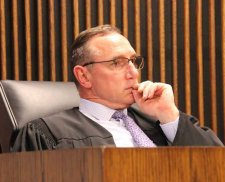 Lycoming County Common Pleas Judge Marc E. Lovecchio has announced he will retire from the bench at the end of 2021. He has served as a judge since 2010, and is currently in his second term.

Judges who have served at least one full term are eligible to serve as senior judges, subject to appointment to handle cases in other counties, However, published reports indicate that Judge Lovecchio will not take senior status. Rather he intends on practicing law with the McCormick Law Firm to handle matters such as medical malpractice, conplex civil litigation, worker’s compensation, estate law and more. Additionally, he wants to establish an arbitration and mediation practice.

The Judge also has an interest in teaching and wants to focus on giving back to the community in ways he cannot as a judge.