Judge McCoy to Leave the Bench at the End of January, 2022 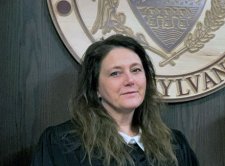 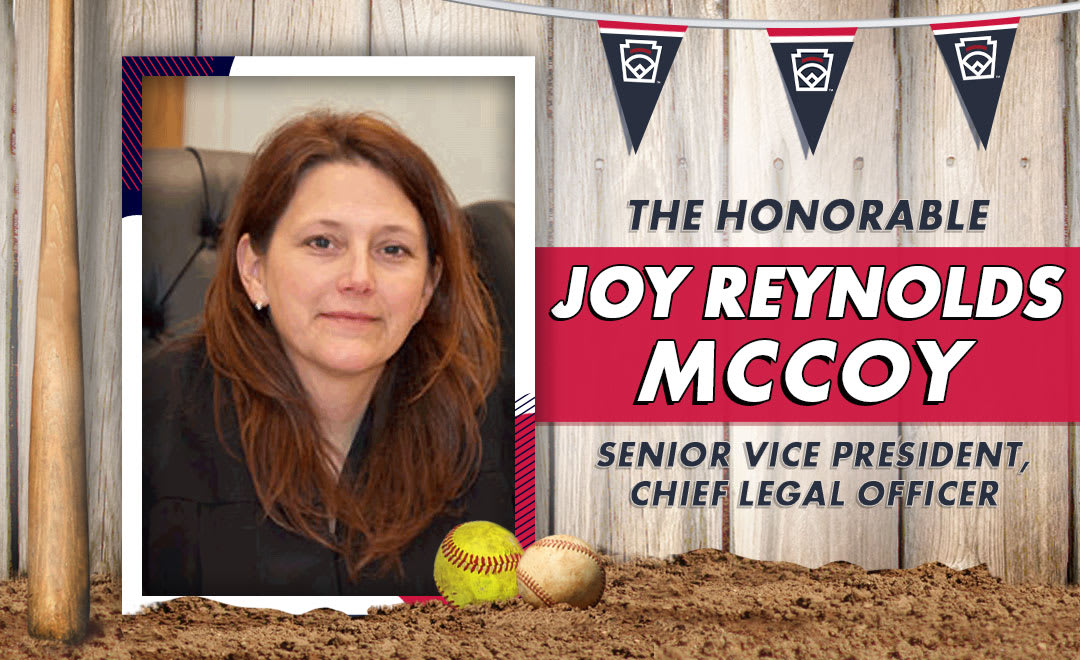 Judge Joy Reynolds McCoy has announced that she will be leaving the Lycoming County bench at the close of the business day on January 28, 2022. That will leave the five member bench two judges short pending replacement of the judges by way of gubinatorial appointment, or election that will take place in 2023.

The Honorable Joy Reynolds McCoy will join the senior executive team at Little League® International in Williamsport, Pennsylvania, as the organization’s new Senior Vice President and Chief Legal Officer. Judge McCoy will conclude her term as a judge in the Lycoming County Court of Common Pleas on January 28, 2022, and she will join Little League International on January 31. She will oversee the organization’s legal functions, insurance operations, and risk management departments, reporting to Patrick W. Wilson, Chief Operating Officer.

“Joy brings a wide-range of legal experience through her many years of law practice and her distinguished tenure as a judge,” said Hugh E. Tanner, Little League International Board of Directors Chairman. “Throughout her time at the Lycoming County Court of Common Pleas, she has been an advocate for the protection, safety, and well-being of children, and I know she will bring that same passion and commitment to supporting the millions of boys and girls who wear the Little League patch each year. We are honored to welcome Joy to Little League International, and we look forward to her leadership as we continue to enhance the Little League experience in thousands of communities around the world.”

Judge McCoy joined the Court of Common Pleas in 2010. During her time there, she has served as the Administrative Judge for the Children and Youth Agency, Family Law Division, Domestic Relations Office, and Juvenile Probation Office. She was also the judicial liaison between the courts and the Domestic Violence Advocacy Center. Throughout her service as a judge, Judge McCoy created and implemented numerous initiatives to improve the judicial system to combat domestic violence, create a trauma informed courtroom, reduce truancy and juvenile recidivism, create early interventions for student behavioral issues, and increase child support collection.

“The past 12 years as a judge have been a truly rewarding experience, and it has been an honor to serve our community and support so many children and their families through some of the most traumatic, difficult moments of their lives,” said Judge McCoy.

“As I look ahead to the third chapter of my professional career, I’m excited to join the leadership team at Little League International as Senior Vice President and Chief Legal Officer. This unique position will allow me to continue to support the future dreams of children, while supporting this amazing organization and providing guidance and leadership from a legal perspective.”

A community leader known for collaborating with local agencies and service providers to benefit those who come in contact with the legal system, she has been recognized state-wide for leadership within the courts and implementation of evidenced-based practices. Prior to joining the Court of Common Pleas, Judge McCoy was a partner and associate at McNerney, Page, Vanderlin, and Hall Law Firm in Williamsport, Pennsylvania.

“From her time as an attorney through her tenure as a judge, Joy has become one of the most respected and highly regarded legal professionals in our greater Williamsport community,” said Stephen D. Keener, Little League President and CEO. “We are looking forward to welcoming Joy to our senior executive team and bringing her breadth of experience to the Little League program, as we continue to evolve our legal, risk management, and insurance departments. I would also like to thank our current Chief Legal Officer, Karl Eckweiler, for his service in establishing the Chief Legal Officer position at Little League International and wish him and his family well in his retirement.”

Judge McCoy is a member of the National Council of Family and Juvenile Court Judges, the Pennsylvania State Trial Judges Association, the Pennsylvania Bar Association, serves on the Executive Committee of the Lycoming Law Association, among other professional organizations. She serves on the Advisory Board of Big Brother Big Sisters of Northeastern Pennsylvania, the Nurse Family Partnership, and On the Pulse Media Outlet. Judge McCoy has been recognized with the Lycoming County YWCA’s Unsung Hero Award, the YWCA of Northcentral PA Women of Excellence Award, the Lycoming County Court County Collaboration Recognition Award, and the Lycoming Law Associations’ Equal Access to Justice Award. She holds her Bachelor of Science degree from Elmira College and her Juris Doctorate degree from the University of New Hampshire, Franklin Pierce Law School.