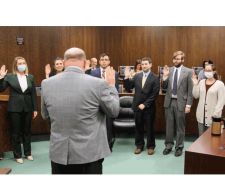 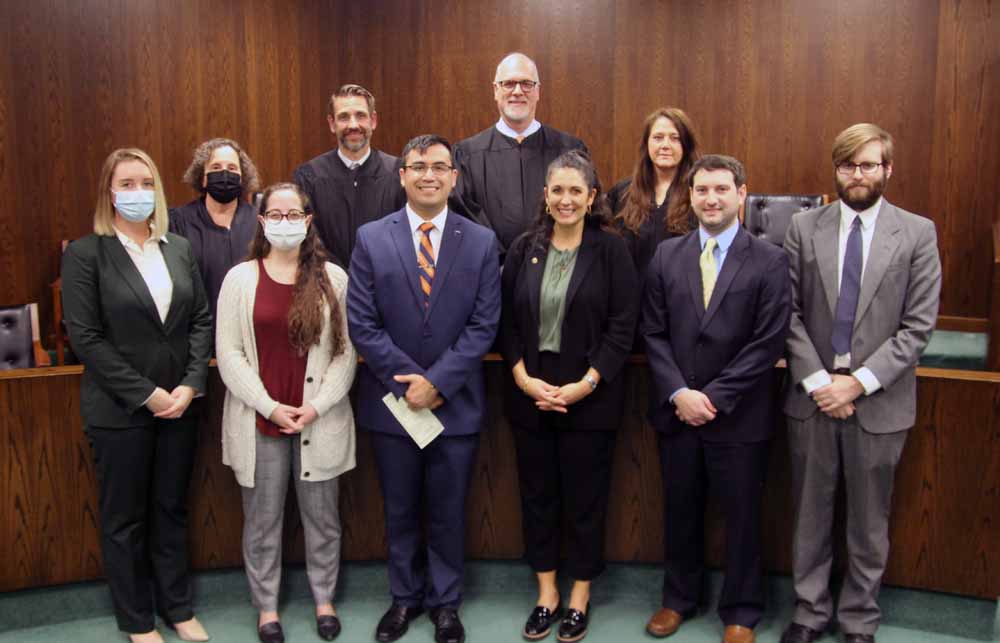 The Lycoming County Court of Common Pleas admitted six new lawyers to the practice of law in the county. Although the ceremony is no longer required, in the era of statewide admission, Lycoming County has continued this practice as a way to introduce attorneys to the Bench and Bar of the county.

William Baney was introduced to the court by Brian Bluth. He is employed with the McCormick Law Firm and will be employed in the defense of medical malpractice cases. He is a graduate of Lock Haven University and New York Law School. Amanda Gaynor is working with the Federal Public Defender's office. She graduated from Bucknell University and New York Law School. Her admission was moved by Tammy Taylor.

Both Kristian Villegas and Stephanie Wolak-Fleming are new attorneys in the North Penn Legal Services office. Both were introduced by Jennifer Heverly. Kristian is a Dickinson Law School graduate. Stephanie graduated from Duquesne Law School.

After all of the attorneys were introduced, and their admissions moved, Prothonotary Thomas Heap then administered the oath. Welcoming remarks by Judges Tira, Linhardt, McCoy and Butts followed.

The Lycoming Law Association welcomes our new members and wishes them well in their new positions.