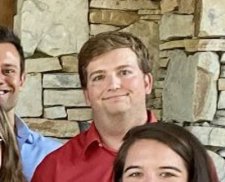 I had a wonderful experience at the Summit and was able to meet and connect with numerous other young lawyers as well as many of the individuals involved in leadership roles within the PBA and YLD.

The Summit started on Wednesday evening with a mixer followed by a wonderful meal and opening remarks from PBA President Jay Silberblatt. President Silberblatt encouraged everyone to be involved in their communities and particularly focused on the positive effects of pro bono service. President Silberbatt highlighted the unique role attorneys at all stages in their careers can play in leading their communities for the better. The evening concluded with additional networking and music.

Thursday began with a YLD business meeting. Unfortunately, YLD Chair Patrice M. Turenne was unable to attend the Summit but Immediate Past Chair Paul D. Edger and Chair-Elect Jennifer Galloway handled the administrative duties with ease. During the meeting the various sub-committee chairs made their reports and spotlighted the numerous projects sponsored or assisted by the YLD, including but not limited to, the Statewide Mock Trial Program, Wills for Heroes, Project Linus and the Becoming Series. The Zone chairs provided reports on the events planned in each zone including Zone 4’s Knoebels trip and CrossCutters baseball event.

Following the business meeting, a series of CLE courses were held on various topics including Mindfulness in Practice, Trauma Informed Lawyering and the Ins and Outs of Practice as an In-house Counsel. Summit attendees were also given some free time to explore the area and enjoy the beautiful Laurel Highlands region of our Commonwealth. I along with a group of approximately 15 others decided to hike along a short section of the Laurel Highlands Trail which stretches 70 miles from Ohiopyle State Park in the south to Conemaugh Gorge near Johnstown in the north and crosses through Seven Springs Resort. We enjoyed the perfect hiking weather with temperatures in the upper 70s as we hiked through the lush mountains. Thursday evening concluded with another delicious dinner and a murder mystery program. I sat with representatives from the Lancaster and Dauphin County Bars investigated the clues and questioned many witnesses, however, the true killer and gem thief deceived our table and would have gotten away with the caper, if not for the inquisitive prowess of the table from the Allegheny County Bar Association.

Friday morning began with yet another excellent CLE presented by Charlene Seibert, shareholder Marshall Dennehey, on the Top Ten Mistakes Lawyers Make and How to Avoid Them. She discussed the most common areas of legal malpractice claims and the steps one can take to avoid and prepare for the inevitable malpractice claim. The number one take away was that communication with clients is the most important activity and responsibility of any attorney regardless of practice. A well informed client is a happy client and better understands what their attorney is doing for them. Next we heard from an excellent panel consisting of Hon. Mark A. Kearney, U.S. District Court of Eastern District of PA and visiting judge of the U.S. District Court of Western District of PA and Hon. Jennifer P. Wilson, U.S. District Court of Middle District PA, regarding practice tips for all three Pennsylvania District Courts. The honorable judges discussed the slight differences between the districts and their scheduling of conferences, handling of motions practice, as well as local and even judicial “preferences” (read most follow policies and procedures) set forth by each judge. The panel was not afraid to get “into the weeds” and discuss the practicalities of practicing in either of their courtrooms or those of their fellow judges within the Pennsylvania or even New Jersey and Texas Districts. Following the CLE, Summit attendees who met the requirements were able to participate in a joint admissions ceremony gaining admission to the bars of each of the district courts. I was privileged to be admitted and sworn into both the Eastern District and Western District of Pennsylvania Courts by Hon. Mark A. Kearney (having previously been admitted to the Middle District Court). Following the joint admission ceremony, the Summit concluded and we all headed home enriched by the experiences and friendships we had made.

Overall, the Summit was a wonderful and informative experience, and I am very thankful to have been given the opportunity to attend on behalf of our law association. I learned vastly from the CLEs but perhaps more importantly connected with numerous other young lawyers from around the Commonwealth who can and will serve as a source of knowledge and friendship. Lastly, I would like to thank the Lycoming Law Association for your sponsoring my attendance at the Summit and its continued support of myself and the other members of our legal community.