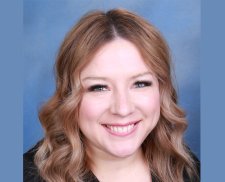 Lycoming Law Association member Kirsten Gardner has announced that she will be a candidate for magisterial district judge, for the seat recently vacated by Judge Jon Kemp. She recently issued a press release:

A prosecutor with the Lycoming County District Attorney's office will run for a recently-vacated district judge seat.

Kirsten A. Gardner has announced her intention to seek the nomination for magisterial district judge in District 29-3-03, which was previously held by Jon E. Kemp, who retired on Jan. 3.

“I thank Judge Kemp for his service to our community,” said Kirsten Gardner “And, I am excited to announce my candidacy for Magisterial District Judge. I believe my experience as a Lycoming County prosecutor and public defender uniquely qualifies me to serve our community in this role. I’ve lived in Muncy nearly my entire life, and it’s important that our next magisterial district judge has a local perspective, in addition to legal experience.”

Gardner has been a practicing attorney for the past 13 years and is currently a prosecutor with the Lycoming County District Attorney’ office. Gardner has prosecuted hundreds of cases in both the adult and juvenile forums, including those involving special victims, violent crimes, and homicides.

Additionally, Gardner is admitted to the federal bar, in which she handles federal appeals on behalf of the Commonwealth. Prior to her career as a prosecutor, Gardner worked as an attorney in Lycoming County for over eight years, wherein she handled cases involving criminal defense, child support, mental health commitments, and parental rights proceedings. Gardner started her legal career as a judicial clerk for the Honorable Timothy M. Sullivan of Blair County.

Gardner is a 2001 graduate of the Muncy Jr-Sr High School and has resided in Muncy for most of her life. She received her undergraduate degree in history with a minor in Spanish from West Chester University. She furthered her education and received her Juris Doctorate from Widener University Commonwealth Law School, Harrisburg, where she earned an award for alternative dispute resolutions.