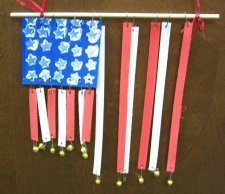 Devastation, chaos, criminals running loose, a country filled with hatred and horror- living in America would be a nightmare without courts to rely on. Courts are the foundation of our country, ensuring that criminals are put behind bars, laws are enforced, and, overall, making America a safe place. Without courts, there would be many safety hazards while driving, the president could become a dictator, and there would be more crimes committed.

Everyday, over 100,000 Americans receive speeding tickets. This may seem like an unreasonably high number, but they are given out to keep us safe while driving. If there were no courts, however, who would abide by the speed limit, since there would be no consequences for speeding? Not only would speeding be a hazard while driving, but there could be unlicensed citizens driving as well. You must be at least 16 years of age to get your license, but if there were no courts to enforce this law there would be many reckless, under-aged drivers. Both of these factors would ultimately lead to more car accidents and fatalities.

Another devastating repercussion of having no courts in our country is that our president could become a harsh ruler. Courts must ensure that our president is doing his job correctly, or else he could be impeached. But without courts, the president could refuse to hold elections, take away our freedoms and rights, and harm the country. Without our court system, Americans who speak against the president could automatically be thrown in jail, as there would be no courts to uphold our freedom of speech. If America were headed in a downward spiral, the courts would allow the people to choose another president to be elected before we hit the ground. Without courts, that would not be the case.

The final result of living in a country without a court system is there would be more murders, burglaries and crime. Approximately thirteen million people in the United States (5% of the population) are victims of violent crimes every year. As a result of having no courts, the thirteen million violent crimes per year would drastically increase, as criminals would be running free. No one would ever feel secure, even in the safety of his or her own home. Child abusers, drunk drivers, embezzlers, and terrorists would never be held accountable for their crimes. The victims of these horrific crimes would never feel peace or justice.

America would fall to pieces without the cornerstone of our country. Instead of the great country that we live in, where we take freedom of speech, freedom of religion, and freedom of press for granted, we would live in a chaotic country. There would be several safety concerns while driving, the president could become a harsh ruler, and there would be more crimes. Most people in America don't think twice about all that our courts do for us, but taking a moment to reflect on this helps you truly understand the importance of our country's courts.

Judges are responsible for decisions and to decide who is right or wrong.  They tell people to follow the rules.  Judges do their job in a courthouse.  Principals are kind of like Judges.  If I did not have a Judge, I would make bad choices.  A Judge is  a person that tells people what to do in your life.  Judges make rules. Judges make very good decisions. A referee is kind of like a Judge.  A Judge's job is to tell people what to do in a person's life.

A judge is someone who makes important decisions when there are two opposing views. All judges have to be ethical.

A judge needs to make sure that the trial is played fairly, because if it was not fair, and you were innocent, you would NOT want to be locked up in a cell.

The judges also decide if laws are fair. If they did not decide if laws were fair, there would be chaos everywhere. If people do not like the judge's decision, or choose not to follow it, it could influence more and more people to protest against the decision, and then it goes right back to chaos.

Judges are important in many ways, not just one.

Judges are an important part of the community. Judges help to make laws and enforce them.  Judges have tons of responsibilities because their jobs require so much time and dedication.  They help people to understand and follow the laws.  Judges are also important because many have families.  There are also Supreme Court judges that help to develop laws to keep our country safe to live in.  If we did not have judges it will be hard because everyone would make their own rules and we would not have order.  These are the reasons why I feel that judges have an important job.

The Importance of Judges

Judges are important for many reasons. Besides slamming the gavel down, they make important decisions that protect people and bring peace to people as well. Judges have responsibilities for keeping people safe.

Judges make important decisions in public safety, which could be anything from jailing a criminal to condemning a building. Judges help bring peace to an issue by making meaningful judgments.

Some of their responsibilities are deciding who is guilty from innocent, interpreting the law, and guiding the jury. Judges are an essential part of our government because they help keep it balanced, meaning that they keep one side from getting too powerful.

In conclusion, judges are an essential part of our government because they help keep it balanced and help keep our country safe and orderly.

What would life be like if there were no Courts?

"Run the rest of them out of town"

"Yeah! And call the undertaker too."

That sounds like something you'd hear in an old western movie with someone like John Wayne, not 21st century America. But without the courts, they could be common sounds.

The courts settle arguments between people. They give everyone a chance to come in and tell their side of the story. Without the courts, people would take the law into their own hands. They would get revenge using violence. It would be survival of the fittest. The biggest or strongest people would win.

The courts give everyone a fair trial. And, everyone is innocent until proven guilty. Without the courts, people might hurt an innocent person accused of a crime. With the courts, a jury decides if someone is guilty based on all evidence.

The courts are very important. They settle arguments, send people to jail who commit crimes, protect our rights, and give everyone a fair trial. Without them, life would be a lot different and more like life from old western movies.

What would life be like if there were no Courts?

The court, a governmental institution, is the place where "if it doesn't make sense, it probably isn't true," in the words of television's "Judge Judy" Sheindlin. This is where justice is served, where two parties sort out their argument, or where accused criminals plead innocent, but witnesses prove them guilty. This is where the lies leak out the truth. So ask yourself, what would we do without a court? What would happen?

There are two main types of cases in a court, "criminal" and "civil." The court's punishment in a "criminal" case is usually a fine or a sentence to jail or prison for a certain amount of time, depending on the crime. With our courts, punishment only comes if you are found guilty beyond a reasonable doubt, and the court is responsible for that decision. But if we didn't have a court, how would we know if the accused is guilty or innocent? For example, a person accused of a crime could get punished, while the actual criminal is on the loose, committing more crimes.

In a "civil" case, the court gives an award to the party that wins the argument, but not an award like a trophy. This award is more like a family decision, a business decision, and/or money. If we didn't have a court, there would be no awards given because no important arguments would be settled, and everything would grind to a halt, or parties could take advantage of others without fear. For example, one company could steal another company's idea in a second, even though it took them a lot of time and money to come up with the idea.

Our courts help us with many of our daily problems including divorces, burglaries, business arguments, etc. If we didn't have a court, issues would occur more often and there wouldn't be a solution. Again, people could be charged as guilty when they are innocent or vice versa. People would also think that it is right to steal other people's ideas. Life without courts would be unimaginable. Fights would be out of control. Adoption wouldn't even be a possibility. In other words, to turn Judge Judy's quote around, if it does make sense, it probably is true, and that's what the court is: truth and justice. 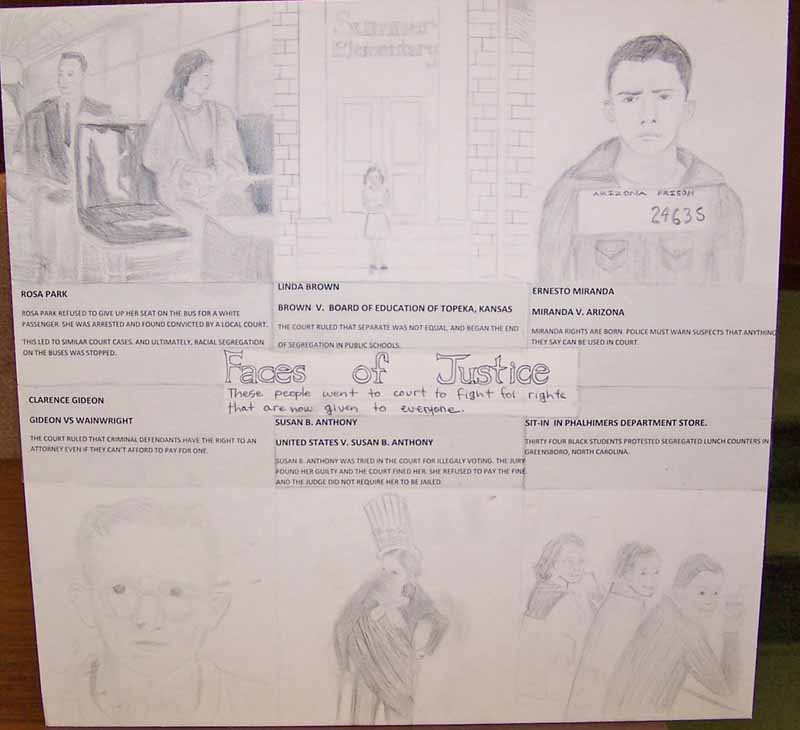 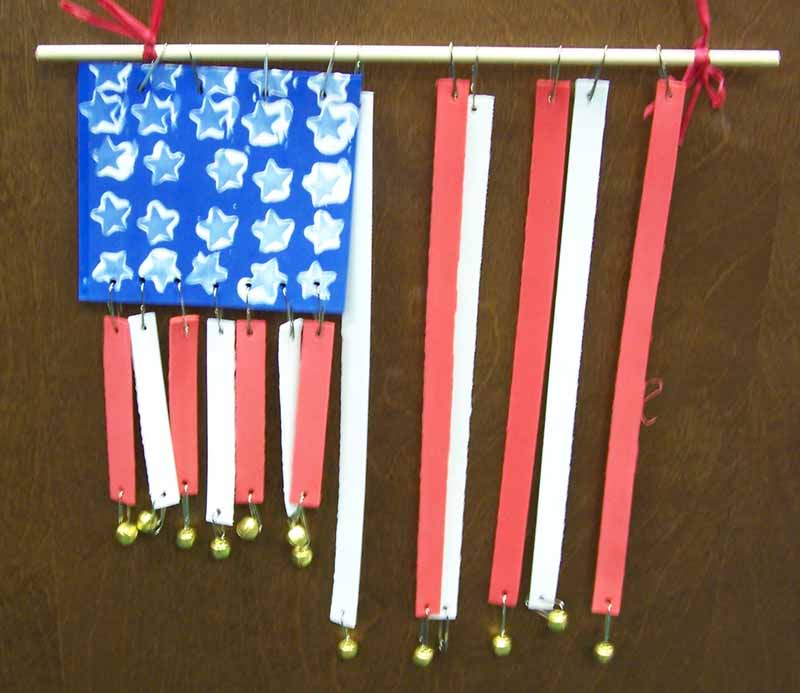