WHY EVERY VOTE MATTERS

Why Do You Think It Is Important to Vote?

Why do we vote? It is so we can chose our rights, or so that we can be free? Yes, thats why! Without voting we wouldn’t be able to chose who was president or govorner. When you vote your making sure we keep our freedom. When you don’t vote your putting our freedom on the line. Thats why voting matters! Thats why we need to vote! Voting is important. Voting gives us the freedom to chose. So we should chose. You may vote for a president and another one wins. You might be disappointed but you made a difference. People need to vote. When you don’t vote, and you just say “Huh, I don’t care what president wins. They don’t count my vote anyway.” Well they do count your vote. EVERY VOTE COUNTS! SO VOTE!. No matter what you are voting for, your vote counts. All of the citizens should vote. You could be a good citizen and vote or you could be a bad citizen and not vote. If’s your choice.

Why Do You Think It Is Important to Vote?

I think it is important to vote. You should vote for anyone you would like. But if you don’t vote someone will get elected and they will chance the laws and you will not agree with them. And you can not do anything about it. And I think that is why it is very importent to vote for president government or anything like that. And also you have to make sure the person you vote for has the same oppioin as you. And thats why its important to vote.

I believe a difference can be made if I know what options are available. Not only are names important but also a complete background of who the person is and what they stand for. If I am well informed of the options, I can then spread my own knowledge. To make a difference, I could email the people running and find out more about who they are and what they stand for. This should be done with no bias so the information I gather is not one sided. I would then take this information and share it with the people around me. This could include family, friends, or even coworkers.

Many people who go to vote make their choices based on a political party. Rarely do they know who the person is or what they stand for as an individual. If I were to research people running in an election in depth, I could then help family members, friends, and people of the community know who they are attempting to give power to. This is one place where I see a problem with how people vote. Often people make a blind guess based on what they see on TV or in other media. Often the people well-known are the same people with the most money and I do not see this as a fair election at all. In order to spread the information I have gathered about candidates, I need to know how to communicate well.

The final piece to having my voice heard is communicating well. Psychologists say that communication really does matter and it is not just what you say but also how you say it. When conveying a message to an audience, one must know what their audience stands for and what lingo they would understand most. If talking to a young adult, I would first tell them the candidates' backgrounds and then what programs he or she may be trying to put in place that would affect them. I would do the same thing if talking to my parents or even my grandparents. I would change the message of what I am trying to convey to what they would be interested in hearing. The communication piece of the puzzle is a large part because it is what will make or break all of my effort put into the research. What good is the information if no one will listen to it?

To many I am just a kid and to many I will make no difference because what I say they will never hear. In this world full of elections, I believe I can make a difference. If I know the options, spread my knowledge, and communicate well, my voice can and will be heard.

ou Have One Voice, What Can You Do To Make A Difference In Elections?

Though you have but one voice, this voice can cause a large difference in elections. The idea of having one person's opinion being spread exponentially is an idea exercised especially in politics. If one person has an opinion, he/she can spread that opinion to their contacts, each of whom spread that opinion to every one of their contacts etc. eventually resulting in a massive amount of people being aware of a certain idea/voice/opinion. This process is again employed heavily in politics. If one person, one voice, be it a politician himself or a child, communicates their voice to others who then spread the same voice (agreed upon or not; the opinion is inevitably passed on good or bad) to others, who then disseminate the idea etc. the idea/voice/opinion is promulgated.

After such an occurrence, people can then decide on whether or not they concur. Regardless, they are still mindful of the voice/opinion and still may spread it to people that may agree. If there is a method of reaching out to the masses like this, that method is most assuredly advertising/campaigning. When a person broadcasts an idea/voice, and then the idea/voice is spread, it can make a difference in elections through what is stated previously. These methods of publicizing include but are not limited to: Television commercials, campaign signs, word of mouth and most particularly, social media. Social media (facebook, Twitter, YouTube etc.) is a very effective method of achieving what is essential networking in politics. With thoughts being able to be instantly read by a number of people (followers, subscribers etc.), voices are spread exponentially and literally instantaneously allowing for spreading a certain voice easier than ever. In addition to this, impulse of agreeing with your friends for the sake of agreeing with your friends makes it easier to spread and opinion whether or not you believe in it. Also social media is the most popular method of spreading your voice, facebook is now the utilized process of communication.

One Voice, One Vote Can Make a Difference

"And to the Republic for which it stands" are words we say each day in school from the time we start kindergarten until the day we graduate from high school. The word "republic" is defined as a form of a government in which supreme power resides in a body of citizens entitled to vote and is exercised by elected officers and representatives responsible to them and governing according to law" (Merriam-Webster). At the age of 18, Americans are entitled to vote allowing our voice to be heard in an election. Just by taking the time to vote, a person can make a difference in an election.

Since the U.S. Constitution was written, there have been five amendments relating to voting which indicates that Congress values the voice of the American citizen. Of these amendments the Fifteenth Amendment which prohibited discrimination based on race and the Nineteenth Amendment which gave women the right to vote allowed many more voices to be heard in this country (usconstitution.net).

Often when people think of elections, they think only of the Presidential elections every four years, but in my opinion, one place you can make a significant difference in an election is voting in your local elections. Based upon the 2010 Census, Lycoming County had 91,899 citizens over the age of 18 (censusviewer.com). Using 2013 election results, there were 65,596 registered voters which indicates that 26,303 people in the county are not even registered to vote which means that their voices were not heard in the election. Of those eligible to vote, only 25.32% or 16,606 people cast votes in Lycoming County in the November 2013 election (lyco.org). Sure this was not a presidential election year, but there were elections for sheriff, school board members, city council members, tax collectors, supervisors, auditors and mayors in the various townships and boroughs located in Lycoming County. These individuals make decisions that can greatly impact the community in which you live whether it be the closing of a neighborhood school, repairing road infrastructure, crime prevention methods or maintaining neighborhood parks and pool complexes to name but a few. Local politicians are elected to work for the people, but in order to be receptive to the needs of the community; they in fact need to hear the voices of the informed and dedicated citizens.

A key to being a responsible voter is being an informed voter. Everyone has seen the advertisements where candidates personally bash one another's credentials, but an informed voter will do their research before letting their voice be heard. To make a difference in an election, a person first needs to become informed on a candidate's qualifications, and depending upon the candidate, obtain an understanding of important topics on a local or national level. If a citizen truly believes in what a candidate is campaigning for then perhaps joining their campaign is an option, or if they truly disagree, they should get a firm understanding of why that candidate has a particular belief on an issue. Becoming an active participant in an election campaign is not for everyone, but at the very least, a voter should educate themselves and go to the polls and cast an informed vote.

Another popular mantra of a voter is "Why should I vote? 'so and so' is just going to win anyhow". This prompted me to examine elections where a candidate actually lost by one vote. Surprisingly, there were a fair number of state and house seats decided by one vote in states across the country, but what fascinated me more was what many believe to be the biggest upset in Presidential elections. The election of 1948 in America between New York Governor Thomas Dewey and incumbent President Harry S. Truman seemed to be a fore drawn conclusion across the country with The Chicago Tribune's headline on Election Day reading "Dewey Defeats Truman." (History. com) What the writer of this newspaper article along with all the pollsters across the country failed to realize is that every voter is important and that Americans at this time in history made a significant decision in an election by allowing their voice to be heard and casting their vote.

The following dialogue is from the play "The Night Thoreau Spent in Jail" (moodle.hollandchristian.org) and demonstrates the thought process of many voters in today's world as well as that of yesteryear:

Ralph Waldo Emerson: "I have cast my vote! I've done it. 1 put it in the ballot-box. What more do you expect me to do?" Henry David Thoreau: "Cast your whole vote. Not just a strip of paper! Your whole influence!"

Obviously, it is evident that more people in this country need to cast their votes, but unlike Emerson who simply cast his vote, more people need to seek Thoreau's advice and see their vote as a powerful way to allow their voice to be heard in this republic of the United States where every person's vote is truly important. 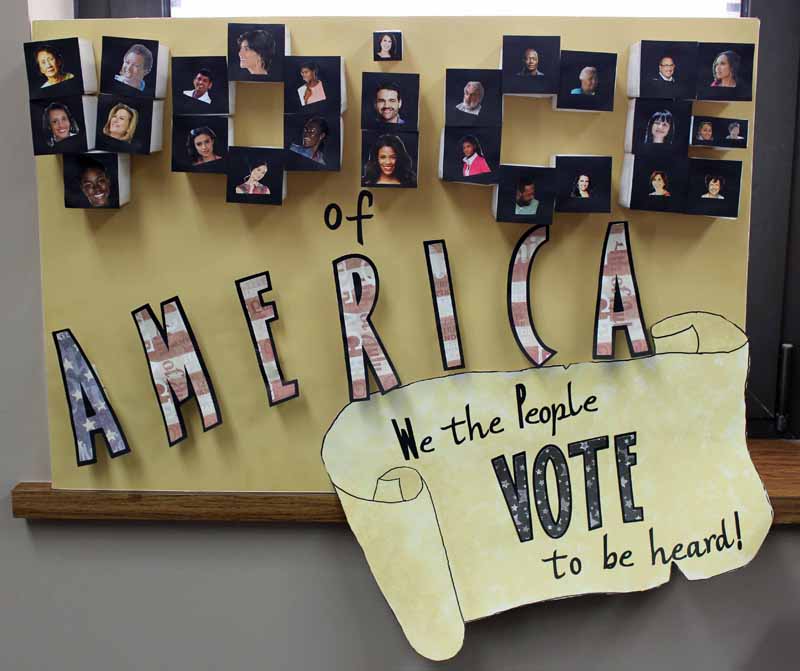 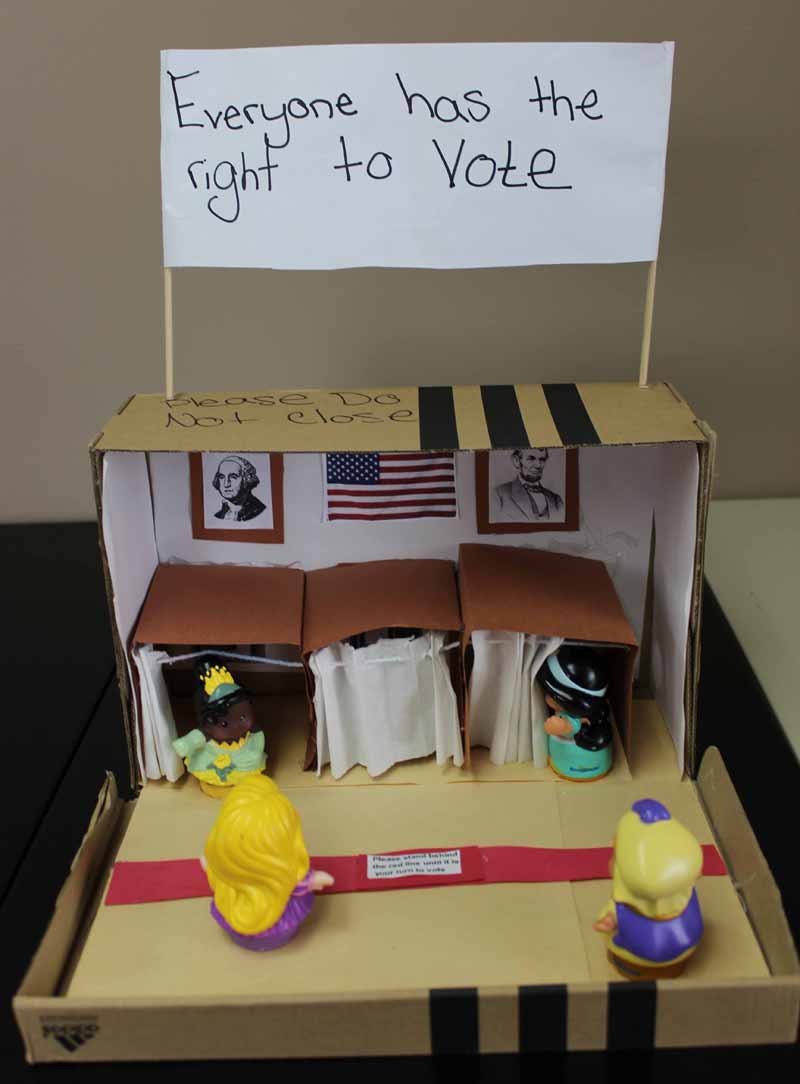 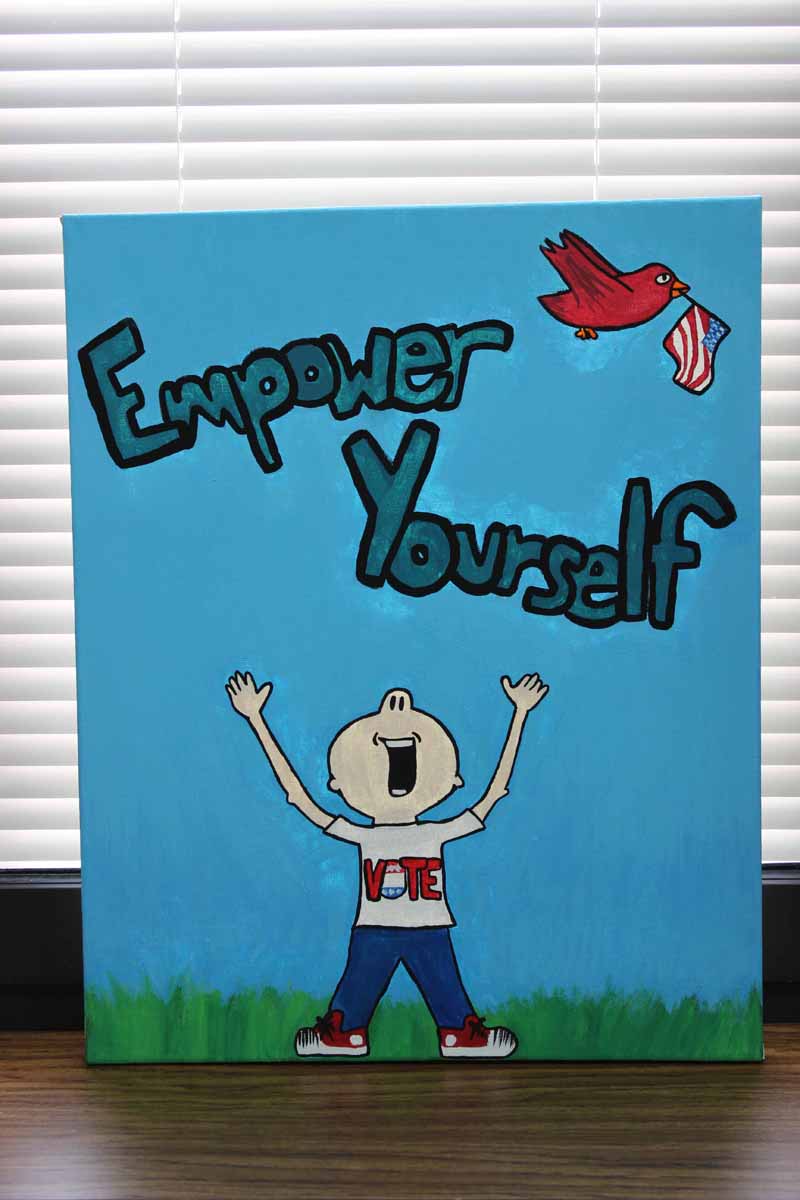