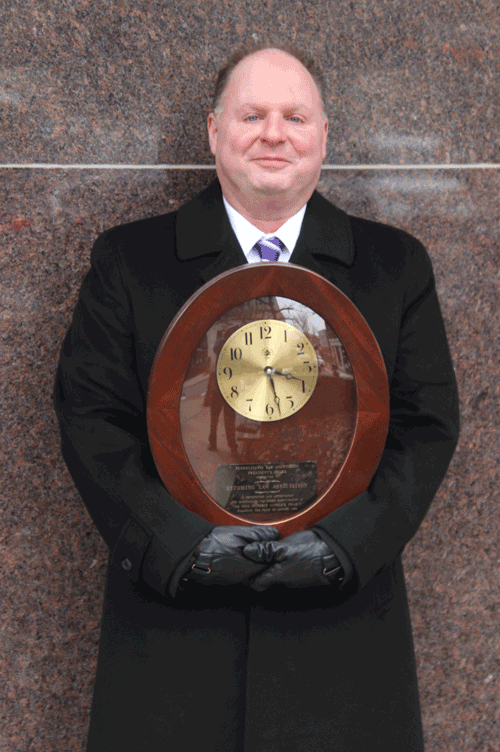 The 2021 Annual Meeting of the Lycoming Law Association was held on January 11. Although conducted using the Zoom application, the meeting moved as smoothly and surely as Association meetings in past years. Sadly, as we continue to deal with the COVID-19 pandemic, we are becoming accustomed to meeting remotely.

President Angela Lovecchio opened the meeting at 4:00 PM. The minutes and financial reports were approved. These reports may be viewed by clicking on the links below, in the reports section of this page.

In her report, President Lovecchio reviewed the challenging year and discussed the issues presented to the LLA and its members. She then gave the report of the nominating committee: Don Martino nominated for President; Corey Mowrey nominated as President-elect; Jessica Harlow for Secretary; and, Liz White as treasurer. Executive Committee at-large members: Warren Baldys, Judge Joy Reynolds McCoy, Ryan Gardner and new member, Jeana Longo. All were elected by unanimous vote.

President Don Martino then presided. He began by asking for a moment of silence for members deceased in the past year: Joe Rider, Don Larrabee, Richard Callahan and Henry Perciballi. He then recognized outgoing President Angela Lovecchio. He noted that Angela refused a gift for her service, and requested the sum usually spent for a gift be donated to the LLA Foundation.

The President noted that the usual pro bono awards, public service and other such awards that are ordinarily given at the Annual Banquet will be deferred until we can again gather, hopefully at the picnic. Association members will be gathering briefly on January 25, in front of the courthouse, for the reveal of Judge Tira’s portrait and the new bar history book release.

In new business, the Board recommended a revision to the bylaws that would increase the Board size to 9 members. The new Board will include the LLA President and President-elect as voting members. This revision passed.

The agenda and reports of the officers and commiittees are available at the links below.