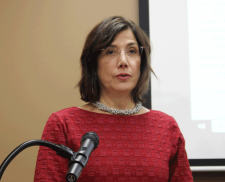 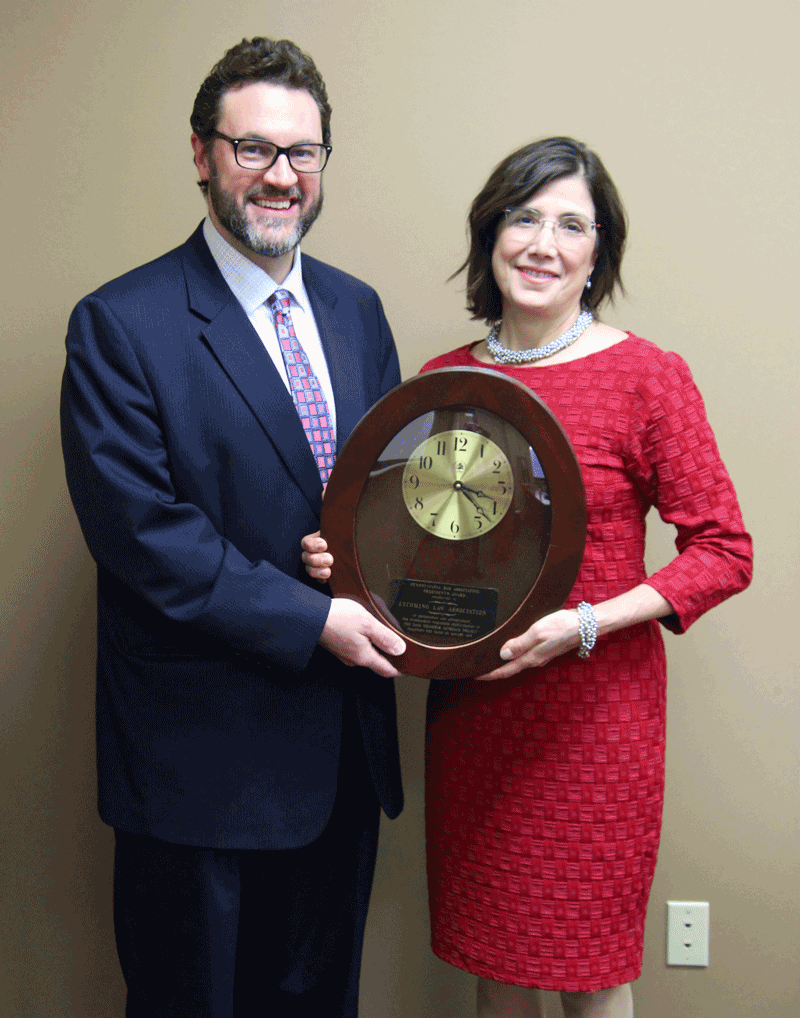 The 2020 Lycoming Law Association annual meeting took place on January 13, at the LLA Office. Approximately 30 members attended to conduct the business of the Association and hear reports from officers and committees.

President Christian Frey opened the meeting. Minutes of last year's meeting and financial reports were reviewed and approved by the members. President Frey then reported on the year's activities, summarizing his written report (see below).

The report of the nominating committee was then offered for approval. The committee submitted nominations as follows: President: Angela Campana Lovecchio (one year); President-Elect: Donald F. Martino (one year); Treasurer: Elizabeth A. White (two years); Secretary: Corey Mowery (was elected to a two-year term in 2019); Members at Large: Jessica Harlow, Warren Baldys, Jr., Joy Reynolds McCoy, Ryan Gardner; Past President: Christian Frey. There were no further nominations and the slate of officers was approved unanimously.

The gavel was passed to Angela Lovecchio. She initially offered a moment of silence for our two recently deceased members: Yvonne Campbell and Kristine Waltz.

Reports of the Executive Director and various other committee chairs were given verbally. All of the submitted reports have been reproduced below.

The final bit of business was the approval of a 2020 budget. With that the meeting adjourned.

President Lovecchio then opened the meeting of the Lycoming Law Association Foundation. In the absence of president Joe Rider, the report of the year's activities was given by Magistrate Judge Skip Arbuckle, a director of the Foundation.

The nominating committee submitted the nomination of Robin Reed to serve as a director, which nomination was unanimously approved.

The meeting then adjourned.

The agenda and reports of the officers and commiittees have been reproduced below.