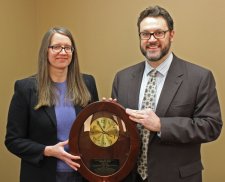 Every year the membership of the Lycoming Law Association meets in early January to elect officers, pass a budget and conduct other business necessary to the continuing functioning of the Association. This year's meeting took place on January 14 in the LLA office .

President Jennifer Heverly opened the meeting shortly after 4:00 PM. Minutes of the 2018 meeting and the past year's financials were reviewed.President Heverly outlined a year of accomplishments under her leadership.

Christian Frey then presided. The membership heard reports from Executive Director Michele Frey, and from multiple committee chairs concerning the Association's activities in 2018.

The 2019 budget was reviewed and approved by trhe members.

The meeting then adjourned -  and was followed by the annual meeting of the Lycoming Law Association Foundation. President Frey presided.

The annual report of the Foundation as well as the financials were reviewed and approved.

The Nominating Committee reported the recommendation to continue Joe Rider as a member of the Board of Directors. The report was approved.

Jen Heverly then reported that three of the members of the Board had recently resigned, leaving only two members - recently reelected member Joe Rider and Christian Frey, ex-officio member. The membership entertained nominations to fill a position on the Board, with a term expiring at the end of 2019. Jen Heverly was nominated and was elected by the members. Two positions are currently vacant, a position with a two year term remaining and a position with three years remaining. These positions may be filled by the Board.

With that action, the meeting adjourned.

In anticipation of the Lycoming Law Association Annual Meeting scheduled for January 14, 2019, the following documents are available for review: 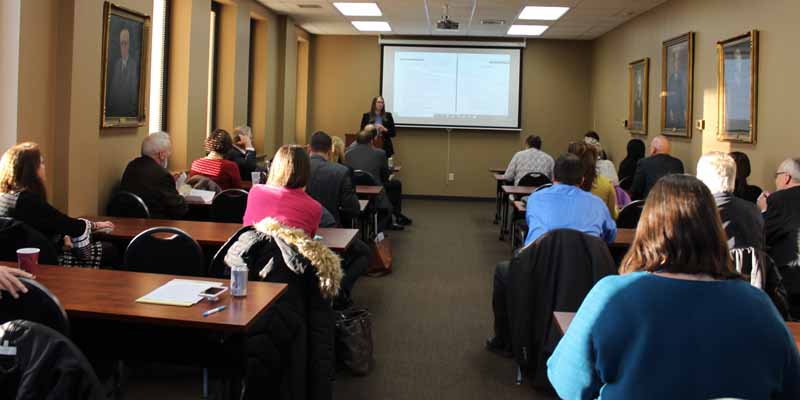