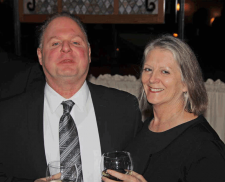 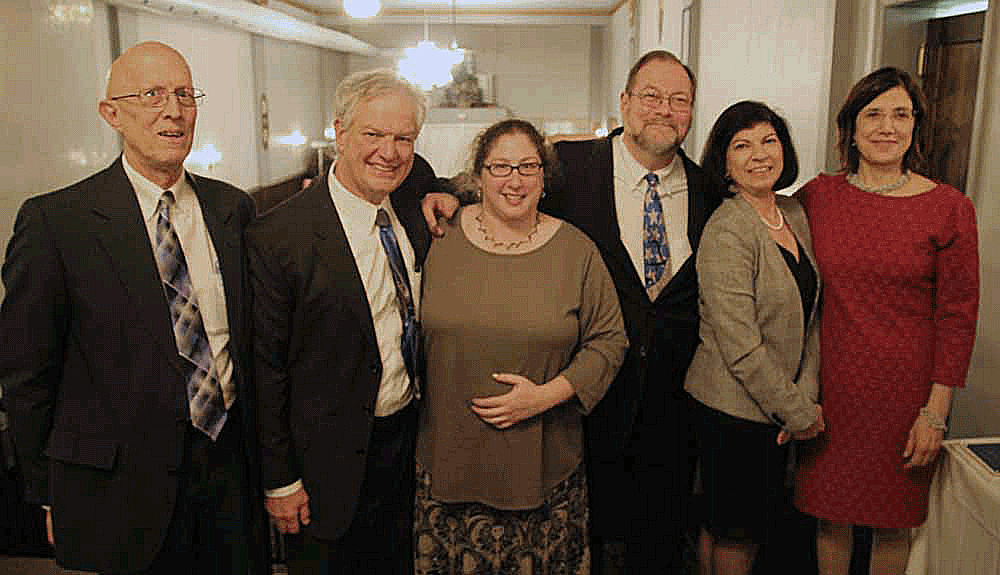 This past year, the Lycoming Law Association celebrated its 150th anniversary. Whether or not there has been an annual banquet all of those years is unknown, but the January gathering of Association members has been a long-time tradition. As always, members and guests gathered to eat, drink and spend some time with each other, topping off the evening with awards and recognition.

A number of people were recognized for 2019 accomplishments, during the event.

President Angela Lovecchio thanked her predecessor, Hon. Christian Frey for his service. Christian was presented with a gift from the Association, as a remembrance of his tenure.

One member reached the 50 year membership milestone and was feted by the Association. Charles "Skip" Greevy III was introduced by Ed Mitchell. He was admitted to the Bar in 1969 by a bench that included his father Charles Greevy Jr. and Thomas Wood. Ed outlined a long list of legal accomplishments that distinguished Skip's career, including an argument and victory in the U.S. Supreme Court. He served as LLA President in 1997 and as the long-time chair of the History Committee. Skip talked about his family's extensive influence in the Lycoming County legal community over the last century. He acknowledged the extensive relationships he has had with members of the bar.

Michele Frey and Angela Lovecchio presented a public service award to a non member. This award is usually given to a member of the community who has had a positive impact in an area related to the legal profession. The award was presented to Jeri Rook, Facility Canine Handler, for her work with Jedi the official Courthouse Facility Canine. Jeri's work as a volunteer has had a positive impact on all who interact with Jedi.

The final presentation was of the William Nichols Public Service Award. Sean Roman introduced the 2020 awardee, Gary Weber. Sean outlined Gary's work with the Lycoming County Historical Society, Boy Scout Troop 38 and St. Mark's Lutheran Church. He also pointed to Gary's service to the Association as an officer, Editor, Webmaster, photographer, committee member and committee chair. Gary expressed his surprise for the honor and noted that public service was a way of life for his family. He hoped his service could inspire others to do the same.

With that, the event concluded.

Many thanks to our sponsors, effectv, Woodlands Bank and FindLaw. Their support helped to reduce the cost of the banquet for all the guests.